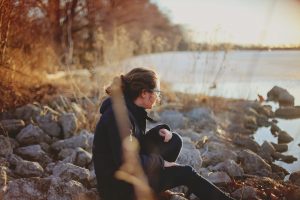 “With every adoption and every union, there is also loss, a biological parent being separated from their child,” explains Felicia Curcuru, Huffington Post. So, it should come as no surprise that one of the biggest questions we hear birth mothers ask is, “How will I feel after adoption?” And, unfortunately, there is no one answer. Some mothers feel a sense of loss, some mothers feel hopeful since they are giving their child a chance at a better life. “It is difficult to generalize about the impact of adoption on all birth parents,” says the  Child Welfare Information Gateway. “Each has faced a unique experience and coped in his or her own way.”

However, there are several very common post-adoption emotions experienced by birth mothers. “75 percent of the women surveyed reported that their emotional health was very poor, poor, or neutral in the first year after placement,” according to a national survey conducted by the On Your Feet Foundation. Common emotions include:

“All these feelings are normal reactions to loss,” according to the Child Welfare Information Gateway.

Dealing with Your Emotions

“Being able to openly share feelings is often helpful in moving through the stages of grief and achieving some resolution,” says the Child Welfare Information Gateway. This can be done in several ways:

In 2013 in the state of Maryland, Governor Martin O’Malley signed into law House Bill 563, which has helped numerous pregnant women in Maryland by allowing adoptive families to help cover certain expenses, including reasonable charge or fee for adoption counseling.

Adoption Makes Family is a non-profit (501-C3) licensed adoption agency based in Maryland founded to meet the needs of birth parents and adoptive parents in a manner that is sensitive, compassionate, and personal. We are here to help.

Categories: Blog and Creating an Adoption Plan | Tags: adoption and Birth Mother
This entry was posted on Sunday, August 30th, 2020 at 11:23 am . You can follow any responses to this entry through the RSS 2.0 feed. Both comments and pings are currently closed.