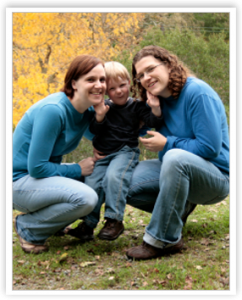 Approximately 4.3% of adults in the United States identify as lesbian, gay, bisexual, transgender or queer (LGBTQ) – meaning there are 10.7 million LGBTQ adults in the U.S. (Romero 2017; Gallup Poll 2017). And, as we mentioned in a recent blog post, same-sex adoption is on the rise. In 2020, 19 percent of same-sex couples raising children have at least one adopted child – up from just 8 percent in 2000 (Good Housekeeping). This got us thinking about same-sex adoption by the numbers.

Over 1.2 million LGBTQ people are in same-sex relationships. (Gallup Poll 2015). Given that this figure is from 2015, before nationwide marriage equality, this number could now be much different.

Six to 14 million children have an LGBTQ parent (ACLU).

Mississippi, Wyoming, Alaska, Idaho, and Montana are those with the highest proportion of LGBT parents raising children (biological, adopted or stepchildren) (Gates 2013).

19 percent of same-sex couples raising children have at least one adopted child – up from just 8 percent in 2000 (Good Housekeeping).

Adopted children of LGBT couples are generally more self-aware, tolerant and accepting of others (Considering Adoption).

“Gay and lesbian couples looking to adopt face unique challenges and deep-seated prejudices that continue to exist in some agencies and individuals,” says Kate Bayless, Parents.com, “even as private and government organizations are making strides to ensure that adoption policies are fair.” You see, not all adoption agencies are comfortable working with same-sex couples. In fact, less than one-fifth of adoption agencies actively attempt to recruit LGBTQ adoptive parents. So, it’s important to do your research and find an agency that shares your values and will support you and your partner.

If you are a same-sex couple interested in starting the adoption process, please give Adoption Makes Family a call. We are a a non-profit (501-C3) licensed adoption agency based in Maryland that works with couples of all races, genders, and sexual orientations. Our goal is for all of our families to be happy and for the child to be raised in a loving environment. Our adoption counselors are available 24 hours a day, 7 days a week for your convenience.

Categories: Blog | Tags: Facts, LGBTQ, Same-Sex Adoption, and Statistics
This entry was posted on Sunday, March 8th, 2020 at 10:29 am . You can follow any responses to this entry through the RSS 2.0 feed. Both comments and pings are currently closed.