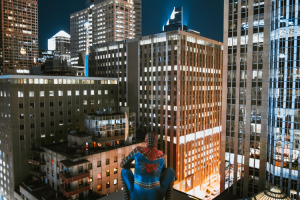 Today, more than 135,000 children are adopted every year, writes Asher Fogle, Good Housekeeping. “One out of every 25 U.S. families with children have an adopted child.” So, odds are you know someone who has adopted. However, despite its increasing popularity, adoption remains a complex topic not fully understood by many. This misunderstanding is often perpetuated by the portrayal of adoptions in pop culture.

“Negative attitudes and misgivings towards adoption are so ingrained in pop culture that they’re almost invisible,” writes E. Young, Global Comment. “Many shows and movies make light of it, go for casual “he/she is adopted” jokes to explain bad or socially unacceptable behavior.”

Erasing the Stigma of Adoption

Today, “Open adoption, transracial domestic adoption, and adoption by LGBT couples and single parents have all increased,” says Fogle. And movements like National Adoption Awareness Month every November have further helped to normalize the process and shine a positive light on adoption – all kinds of adoption. Still, “people’s notions about adoptions, how it works, and who the people in it are, are still not well-informed,” says Adam Pertman, National Center on Adoption and Permanency. Adoption’s portrayal in pop culture hasn’t helped – remaining uneven at best and often perpetuating negative stereotypes.

“It’s clear that [the] media on all fronts needs to be better,” writes Young. “Poor representation of adoptions and foster care has contributed to misunderstandings that impact adoptive parents and children.”

Often, a person’s first experience with adoption is through pop culture – TV, movies, books, comic books, etc. This has led many to form incorrect perceptions of adoption and view this incredibly selfless act as flawed – often leading to the abuse of the adoptee. However, “recent long-term studies of adoptees in America show that they are no different in emotional health, psychological well-being, self-esteem, and attachment to family as children raised by their biological parents,” write Isolde Motley and Susan Caughman, Adoptive Families.. “Most adoptions end in joy, triumph, and love.”

Let’s examine some of the most popular adoption stories in pop culture and how each portrays adoption.

Some of the Most Popular Adoptions in Pop Culture

“I’ve always known the portrayal of adoptions and foster care on television and in movies were hit and miss,” writes Young. “At times they’re barely above your typical changeling fantasy (think Annie), at times inaccurate, and sometimes overly saccharine to the point of erasing the subject completely.”

What’s your favorite (or least favorite) depiction of adoptions in pop culture? We’d love to hear from you. Send us a message on Facebook.

Have Questions About Adoption? Adoption Makes Family Can Help!

“81.5 million Americans have considered adoption,” writes Fogle. If you are one of them, our adoption counselors are here to help guide you through the decision making process. The journey of adoption may seem daunting and surreal. However, rest assured. You are not alone. Call us at (410) 683-2100. Our experienced professionals are available 24 hours a day, 7 days a week. Our primary goal is to help you through the process, making it more manageable and a reality.

Adoption Makes Family was founded to meet the needs of birth parents and adoptive parents in a manner that is sensitive, compassionate, and personal. We are a non-profit (501-C3) licensed adoption agency based in Maryland. Allow the professional team at Adoption Makes Family to help and support you through your adoption journey.

Categories: Blog and Success Stories | Tags: Adoptions in Pop Culture
This entry was posted on Wednesday, November 24th, 2021 at 9:45 am . You can follow any responses to this entry through the RSS 2.0 feed. Both comments and pings are currently closed.